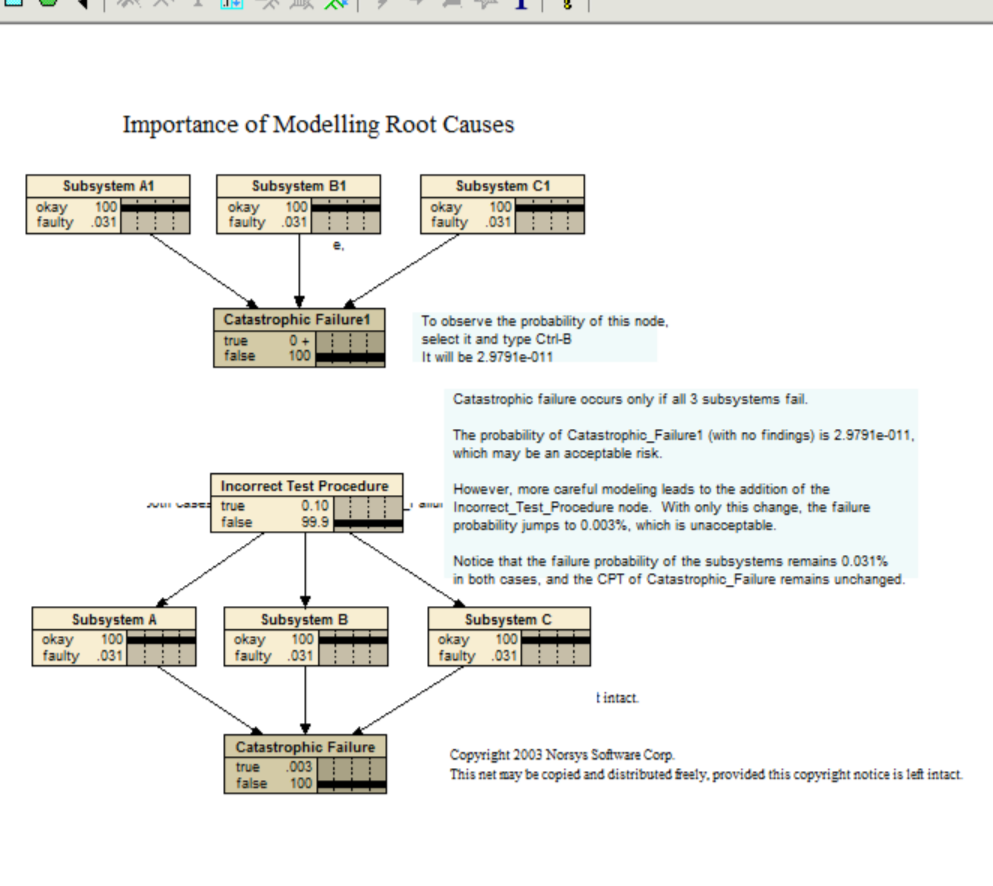 This example shows that introducing a common cause can make an important change, even if the maringal probabilities of the children remain the same.

Catastrophic failure occurs only if all 3 subsystems fail.

The probability of Catastrophic_Failure1 (with no findings) is 2.9791e-011, which may be an acceptable risk.

However, more careful modeling leads to the addition of the Incorrect_Test_Procedure node. With only this change, the failure probability jumps to 0.003%, which is unacceptable.

Notice that the failure probability of the subsystems remains 0.031% in both cases, and the CPT of Catastrophic_Failure remains unchanged. 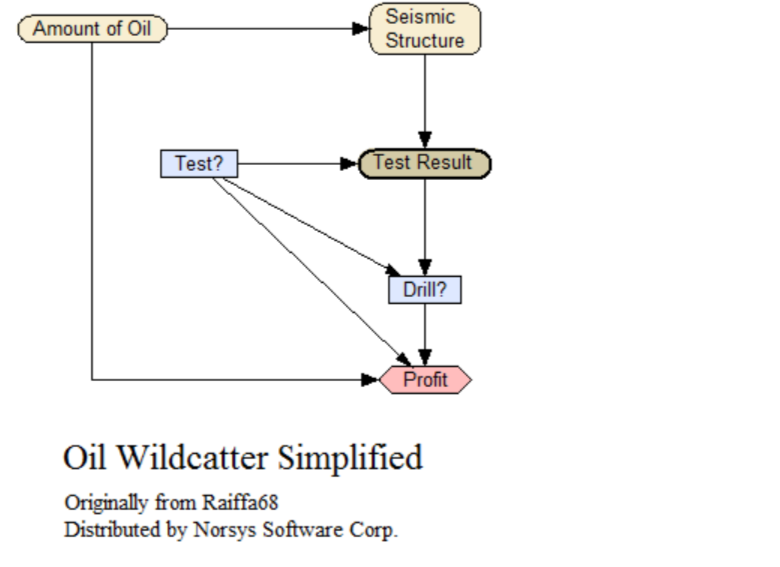 An influence diagram with decisions of whether to do seismic tests for oil, and whether to drill for oil, in order to maximize profits. Same as Oil_Wildcatter, but with some nodes absorbed ('summed out'). In wide usage, but originally from Raiffa68. 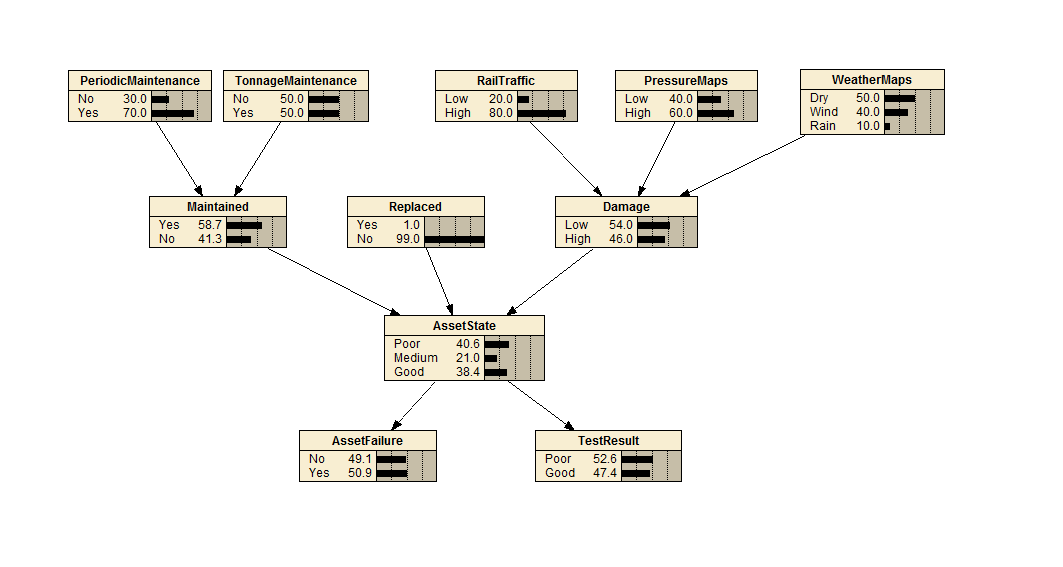 Rail maintenance modelling is the problem of determining the failure of an asset (e.g. tracks) given various factors. In this example, the factors chosen are weather, maintenance history (tonnage and periodic) and rail traffic. The temporal scale is assumed to be yearly. 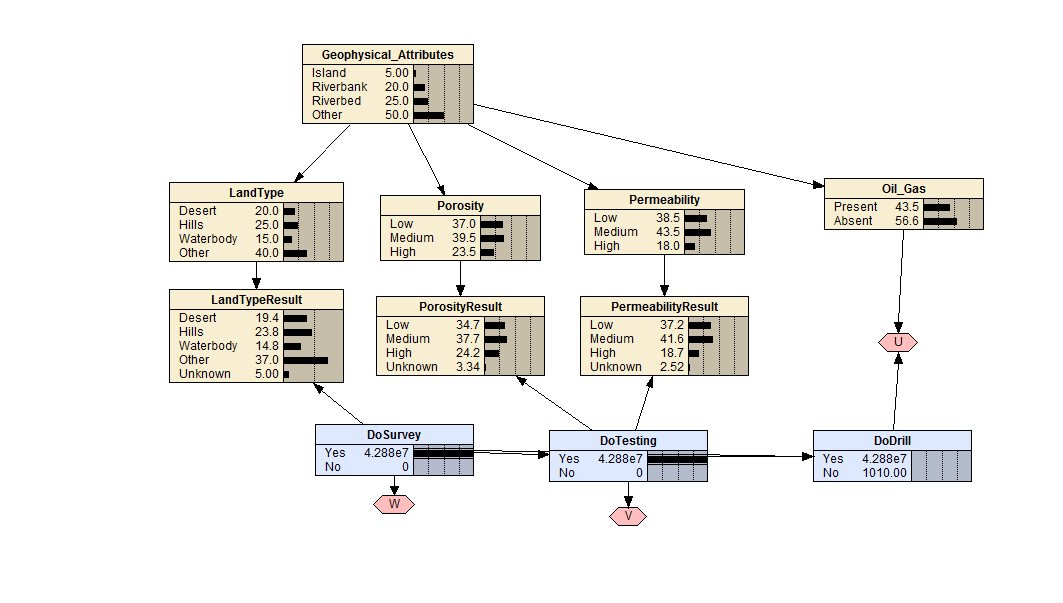 The following is a simplified model of a typical Oil & Gas mining problem. Firstly, the exploration process aims to identify regions with high probability of success (survey). These regions can be inland or off-shore and typically, after being identified, are expected to consist of one or more sweet-spots. Secondly, an initial drill (testing) at the location in question is carried out to determine if sufficient levels of hydrocarbons exist to allow extraction to be a long term option. This is followed by further drills (drill) eventually leading to production.

The costs associated with drilling are variable depending on drilling conditions and variability of the underlying soil layers and are usually very high. Additionally, drilling can be unsuccessful due to blow-outs, issues with equipment (insufficient, failure) and other accidents. These aspects are accounted for via costs and are built into the utility nodes. 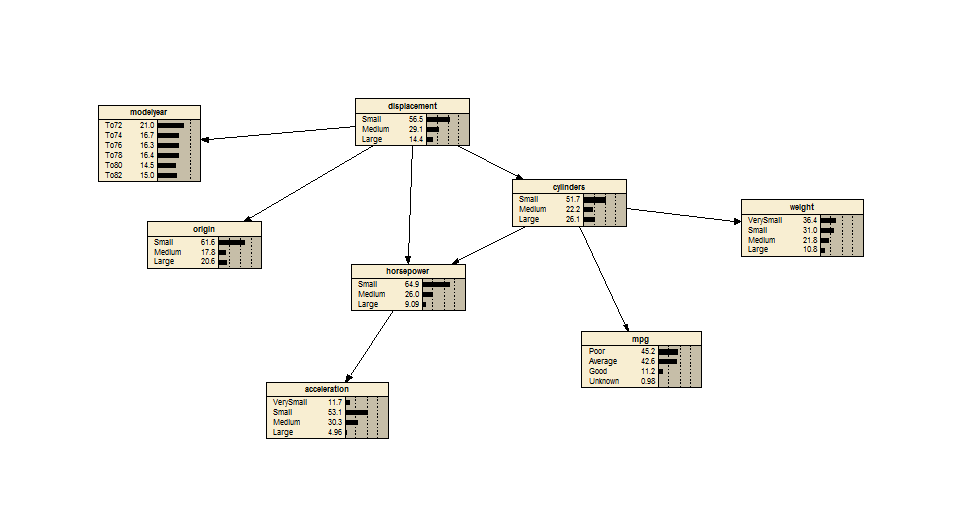 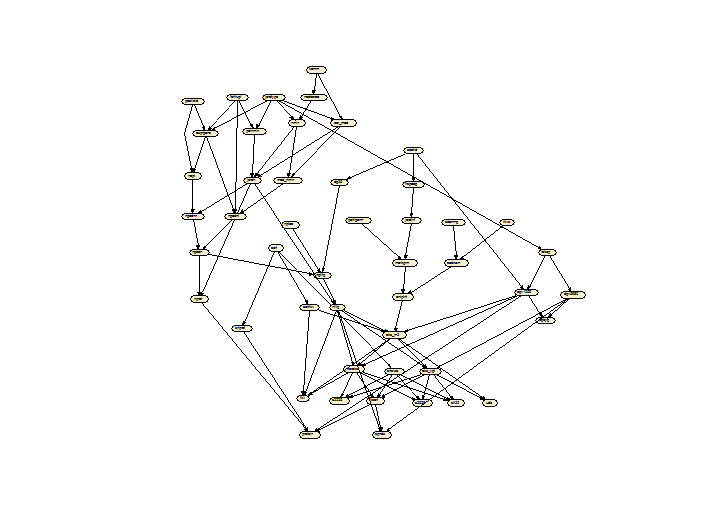 A preliminary model for the production of beer from Danish malting barley grown without pesticides.